WILLIAM BAER has taught film and screenwriting at the University of Evansville for the past fifteen years. He is currently the film critic at Crisis, and for years his work has appeared regularly in Creative Screenwriting. A recent Guggenheim recipient (2007), he has also received a Fulbright (Portugal) and an N.E.A. Creative Writing Grant in fiction. His twelve books include Elia Kazan: Interviews; Luis de Camoes: Selected Sonnets; and The Unfortunates, for which he received the T.S. Eliot Poetry award. 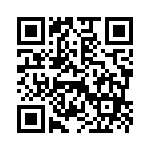