Peter Newell is Professor of International Development at the University of East Anglia. He has worked on climate change as a researcher, consultant, teacher and activist for over 16 years. He has undertaken work for international organisations such UNDP and GEF, provided policy advice to a number of different governments and worked for NGOs such as Climate Network Europe and Friends of the Earth. He is an ESRC Climate Change Leadership Fellow and is the author of Climate for Change (Cambridge University Press, 2000), the first book on the role of non-state actors in global climate politics.

Matthew Paterson is a Professor of Political Science at the University of Ottawa. He has been researching climate change politics since 1989. He wrote the first book in political science focused solely on climate politics, Global Warming and Global Politics (1996), which is still widely used as a key text to understanding climate change politics. His book Automobile Politics: Ecology and Cultural Political Economy (Cambridge University Press, 2007), has won the prestigious International Political Economy Book Prize. 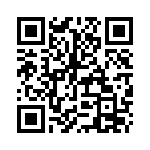