This is a detailed and thorough account of the military aspects of the 2003 Iraq invasion. It spans from just after September 2001, going through the steps of building the operational plans for the ... Read full review

As I did not want to spend much money on this book, I come late to the party with a withdrawn library copy. Even in 2010, this book remains surprisingly readable - under two conditions. First, the ... Read full review

Michael R. Gordon is the chief military correspondent for The New York Times, where he has worked since 1985. He is the coauthor, with Lieutenant General Bernard E. Trainor, of The Generals’ War. He has covered the Iraq War, the American intervention in Afghanistan, the Kosovo conflict, the Russian war in Chechnya, the 1991 Persian Gulf War, and the American invasion of Panama. He lives in the Washington, D.C., area.Bernard E. Trainor, a retired Marine Corps lieutenant general, was a military correspondent for The New York Times from 1986 to 1990. He was director of the National Security Program at Harvard University’s John F. Kennedy School of Government from 1990 to 1996. Currently a military analyst for NBC, Trainor lives in Potomac Falls, Virginia. 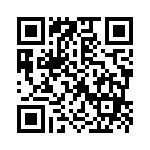