Marcos Cueto is a professor in the department of sociomedical sciences, School of Public Health, Universidad Peruana Cayetano Heredia in Lima. A historian with a Ph.D. from Columbia University, he has specialized in the history of public health in Latin America, with work on HIV/AIDS, malaria, the Pan American Health Organization, and the Rockefeller Foundation. He was a Fellow at the Woodrow Wilson International Center for Scholars in 2004–2005. 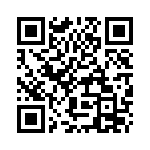