Carol J. Oja is the William Powell Mason Professor of Music at Harvard University. Her books include Bernstein Meets Broadway: Collaborative Art in a Time of War and Making Music Modern: New York in the 1920s 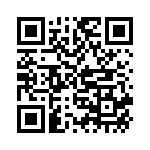