The stories reflecting the brief window of light given to us, the blind; the fleetingness of an epiphany if it isn't grabbed on to; and our innate nature to not rock our boat; are portrayed so realistically, so frighteningly, that their haunting truths strike home over and over again.

I wonder whether most modernist literature was written just for the sake of being difficult and obscure? Read full review

Katherine Mansfield was born Katherine Beauchamp in Wellington, New Zealand on October 14, 1888, the third daughter of a prominent banker. She attended the Wellington College for Girls before entering Queen's College in London in 1903. Her interest in the cello led to lessons at the Royal Academy of Music, where she became secretly engaged to a young prodigy named Arnold Trowell, who already had a successful concert career. Upon being summoned back to New Zealand by her father in 1906, she decided to abandon music in favor of writing. She soon had three stories published in a Melbourne monthly and gained her father's consent to return to England. Once there, she became depressed when she found that Trowell no longer loved her, and she rushed into a hasty marriage to a young musician, only to leave him a few days later. She had a miscarriage, which marked the beginning of her decline in health. After returning to England in 1910, Katherine Beauchamp published her work under the name Katherine Mansfield. A collection of her stories, "In a German Pension," was published in 1911. A year later, she met John Middleton Murry, who eventually became her second husband when she was finally able to secure a divorce. By the time of this marriage in 1918, Mansfield was found to have tuberculosis. Her ill health, combined with the death of her brother in World War I, turned the focus of her work inward and on her homeland. Her memoirs, collected in a book entitled "Bliss," secured her reputation as a writer, and she followed it up with the equally acclaimed "Garden Party and Other Stories." Her lyrical style and stream of consciousness method placed her along side James Joyce and Virginia Woolf for her strength of characterization and her subtlety of detail. Katherine Mansfield died on January 9, 1923 at the Gurdjieff Institute for the Harmonic Development of Man at Fontainebleau. 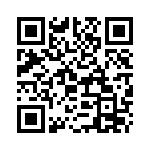