Roger Hockney obtained his BA and MA in the Natural Science Tripos (Physics) from Cambridge University and his PhD in ‘Numerical Analysis and Plasma Physics’ from Stanford University. He was Professor of Computer Science at Reading University, England, from 1970 to 1985 when he led a research team, supported by the UK Science Research Council, developing simulation methods using particles and implementing them on the new generation of parallel computers. In 1985, he took early retirement in order to concentrate on his own work, and accept visiting appointments.

James Eastwood acquired his BSc and PhD from Imperial College, London University. From 1972 to 1978 he worked with Professor Hockney at Reading University, and since 1978 he has pursued computational plasma physics research at Culham Laboratory. He is currently Editor of the Journal of Computer Physics Communications and a Committee member of The Institute of Physics Computational Physics Group. 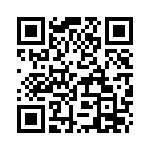