Looks very interesting, but I am currently too disheartened by the crimes of my culture against others to finish reading it. Not a"West bad, natives good" position, but just discouraged by how badly our culture is screwing up. Read full review

Award-winning journalist Mark Dowie is the author of Losing Ground: American Environmentalism at the Close of the Twentieth Century, American Foundations: An Investigative History (both published by the MIT Press), and four other books. 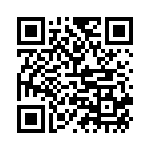