A professor of sociology at Baruch College of the City University of New York, Barbara Katz Rothman specializes in the fields of reproductive health and childbirth. In particular, she seeks to describe the experience of motherhood within our contemporary, highly technologized, and fixed medical structure. Rothman's more recent books develop this theme while examining specific new procreative technologies and how these technologies act to alter the occasion of childbirth. Rothman is a strong critic of market-based assumptions that define babies as "products of conception." She argues that to treat fetuses simply as objects encased in a woman's uterus does not adequately describe the relationship between mother and child; it only leads to illogical arguments regarding reproductive policy and legal actions against pregnant women who do not follow doctors' orders. Furthermore, Rothman points out that parent's mistakes in childrearing are idiosyncratic, while those of professionals are more dangerous because they are systematic and based on such motivations as ideology, self-interest, or bureaucratic efficiency. Rothman received her B.A. from Brooklyn College of the City University of New York (1969), and an M.A. (1972) and Ph.D. (1979) from New York University. Long associated with the City University of New York and also with the state university, Rothman favors a feminist-centered view of parental rights and responsibilities. 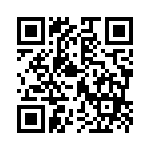