John J. Mearsheimer is R. Wendell Harrison Distinguished Service Professor of Political Science at the University of Chicago. He is the author of many books, including Why Leaders Lie: The Truth about Lying in International Politics. 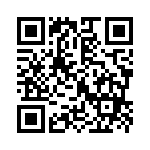