Bestselling Author Bernadette Marie is known for building families readers want to be part of. Her series The Keller Family has graced bestseller charts since its release in 2011. Since then she has authored and published over thirty-five books. The married mother of five sons promises romances with a Happily Ever After always… and says she can write it because she lives it.

Obsessed with writing since the age of 12, Bernadette Marie officially started her journey as an author in 2007 when she finalized a manuscript she'd been writing for 22 years, shelved it, and wrote 12 more books that year. In 2009 she was contracted with a small publisher in a deal that would eventually go bad. From that experience, she knew she could take control of her career and that's what she did.

A chronic entrepreneur since opening her first salon at the age of twenty, Bernadette Marie established her own publishing house in 2011, 5 Prince Publishing, so that she could publish the books she liked to write and help make the dreams of other aspiring authors come true too. Believing there is a place for the fresh author's voice, she not only publishes but coaches others who wish to publish their work independently.

Bernadette Marie is the happily married mother of five hockey playing boys. When she is not in the stands, she and her husband run their family business together. She is a lover of stout craft beers and has an addiction to all things chocolate. 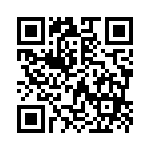