Very inspiring book. It helps us maintain a perspective about what's really important. This is a must read book for sure. Read full review

Review: Creating a World Without Poverty: Social Business and the Future of Capitalism

Muhammad Yunus is the founder of Grameen Bank and more than fifty other companies in Bangladesh. He is widely known as both the father of microcredit and of the social business movement. In 2006, Professor Yunus and Grameen Bank were jointly awarded the Nobel Peace Prize. He is one of only seven individuals to have received the Nobel Peace Prize, the United States Presidential Medal of Freedom, and the United States Congressional Gold Medal. Yunus is the recipient of fifty-five honorary degrees from universities in twenty countries, and has received 112 awards from twenty-six countries, including state honors from ten countries. 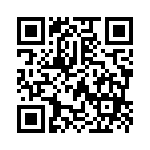