Jay Levy completed his PhD at the Department of Geography, University of Cambridge. He works for an NGO in London and freelances as a consultant and researcher. His research interests include the outcomes of sex work and drug legislation and discourse; feminist, gender, and queer theory; harm reduction, HIV/AIDS, STI, and blood-borne infection policy and law. 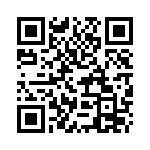