The title says it all. This collection contains the essential early writings of a legal movement that continues to challenge and shift race paradigms in the United States. Although legal intellectual theory seems daunting, the concepts here are well-written, thoroughly researched, and clearly described for most audiences. It can be read all the way through; however, as a collection of law journal articles, they stand alone and are intended to provoke critical thought--which requires time--about race, gender, class, and sexual orientation. This will be useful for all but particularly poignant for those in social sciences, legal/justice professions, and the humanities. Be prepared to argue internally, feel waves of emotion, and see the world in a new way. Crenshaw's essay on racism and retrenchment and Harris' whiteness as property (think legal) are already classics, as is anything written by Derrick Bell. 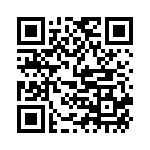