easy to understand and good introduction to CRT

For those who are interested in learning more about CRT this is a great book to read to get introduced to the theory. It is very easy to understand. At the end of each chapter there are questions that ... Read full review

Jean Stefancic is Professor and Clement Research Affiliate at the University of Alabama School of Law. Her books include No Mercy: How Conservative Think Tanks and Foundations Changed America’s Social Agenda and How Lawyers Lose Their Way: A Profession Fails Its Creative Minds. 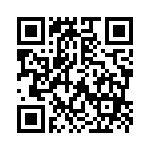