Jean-Paul Sartre was a prolific philosopher, novelist, public intellectual, biographer, playwright and founder of the journal Les Temps Modernes. Born in Paris in 1905 and died in 1980, Sartre was awarded the Nobel Prize for Literature in 1964--and turned it down. His books include Nausea, Intimacy, The Flies, No Exit, Sartre's War Diaries, Critique of Dialectical Reason, and the monumental treatise Being and Nothingness.

Fredric Jameson is Distinguished Professor of Comparative Literature at Duke University. The author of numerous books, he has over the last three decades developed a richly nuanced vision of Western culture's relation to political economy. He was a recipient of the 2008 Holberg International Memorial Prize. He is the author of many books, including Postmodernism, Or, The Cultural Logic of Late Capitalism, The Cultural Turn, A Singular Modernity, The Modernist Papers, Archaeologies of the Future, Brecht and Method, Ideologies of Theory, Valences of the Dialectic, The Hegel Variations and Representing Capital. 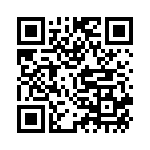