Pola Negri, Vilma Bánky, Jetta Goudal: What links these seemingly unrelated starlets of early Hollywood cinema other than the coincidence that all three emigrated from Europe to America during the golden age of silent cinema? It is precisely this question that Agata Frymus investigates in her new book, Damsels and Divas: European Stardom in Silent Hollywood, which has been published by Routledge.
There have been previous studies on the three actresses in a limited capacity; Frymus pays necessary homage to her vital intellectual debtors such as Diane Negra in her introduction, whilst demarcating the ways in which her study departs from previous scholarship. Her chosen focus on interwoven constructions of ethnicity, gender, and stardom also informs her methodology. She writes: ‘All three star-texts under scrutiny here are represented by Caucasian, racially white women.’ However, nuances between the comparable star personae must be found ‘[...] in their national heritage and appearance – namely hair and eye colour, make-up, costuming, and resulting casting tendencies – and the ways in which such features were elaborated by contemporary press’ (8). There are two chiefly discernible points here, both of which capture the very essence of Frymus’ approach. Firstly, aspects of performance such as hair and make-up are formative not only in representations of the star image, but in the political racialisation of white ethnicities. Secondly, to investigate these aspects of identity performance, Frymus delves into what she refers to as ‘star texts’ or biographies of the actresses informed by a range of extant multimedia artefacts, which served to perpetuate and reinforce popular images of them in the cultural imagination. Effectively, this approach allows the writer to chart a riveting expedition through the archives, curating a rich plethora of relevant cultural artefacts to argue her thesis. With flair and stylistic verve, she guides the reader through publicity images, adverts, excerpts from letters and opinion articles published in fan and trade magazines, and even scarcely seen correspondences from the stars themselves. It is this engaging collusion of methodology and scope that allows Frymus to provide a fresh and independent contribution to discussions on Bánky, Negri, and Goudal.
In the main chapters of her study, Frymus turns her critical lens to the biographies of each star in turn, from Negri, through Bánky, and finally on to Goudal. In the hands of a less adroit writer, this approach may have led to a disjointed structure in which case studies were too separate and without adequate comparison, particularly given the relative brevity of the conclusion. However, in Damsels and Divas, the result is a study that is concentric in nature, one in which the writer provides clear cross-references and, crucially foreshadows and situates those to come. Chapters one and two, for example, first chart Negri’s turbulent string of romantic encounters with various leading men, from Rudolph Valentino to Rod La Rocque, and even a Georgian prince. For Frymus, the construction of Negri’s popular identity as one of a saleable ethnic Otherness is directly informed by the star’s publicised encounters with men such as Valentino, and the same is true of her status as a vamp of the Silent Era. At one point, we are treated to a truly wonderful image unearthed from the archives, one of Valentino and Negri dressed in Spanish garb at The Sixty Club (19). Thus, it becomes evident that the actress became co-opted into her paramour’s idealised status as a ‘Latin Lover’ and the connotations of exoticism that came with it. From her subsequent discussion of Bánky’s ethnicity and its intersections with constructions of romance and stardom, the writer goes on to successfully demonstrate – among other things – that ‘although very different from Negri’s, Bánky’s love life was also of great significance in sustaining her allegiance to idealized whiteness’ (181). Consequently, we discover that the structure of

Agata Frymus is a Marie Curie Postdoctoral Fellow at University of Ghent, Belgium. Agata’s research concentrates on the relationship between race and silent film. Her work has been published in Early Popular Visual Culture, Celebrity Studies and Cinema Journal. 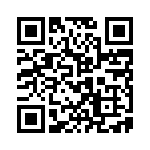