For a decade or so mid-90's on I taught freshmen the "The Shooting of Dan McGrew" from a hardback collection which featured Bishop's "One Art" a page earlier! Aloudreading today as I walked, I was ... Read full review

Robert W. Service was born in London about 1874. He had a convoluted life that involved much moving around, from Scotland, to England, to Canada, to California. He worked in banks, was a war correspondent for the Toronto Star and an ambulance driver for the American Red Cross, and he served as an intelligence officer in the Canadian Army in World War I. In 1907, he published his first book of poetry, The Spell of the Yukon, and Other Verses This book included the well-known poem "The Shooting of Dan McGrew" and this first brought him public recognition. In 1909, he left his banker's job and began writing his first novel, The Trail of the '98. He married in 1913 and the couple had a daughter. In 1921, Service went to Hollywood to work on a film version of Dan McGrew. In later life, he devoted himself to writing and traveling and he died in Brittany, France, in 1958. 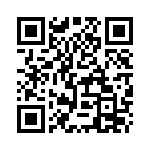