Mark Watson is one of Britain’s most popular young stand-up comedians. His comedy shows have won, among others, the Daily Telegraph Award, Time Out Best Stand-Up Award, Edinburgh Festival Panel Prize, and best shows at the Adelaide and Sydney Festivals. He has performed at every major international comedy festival and in more than twenty countries. He made comedy history at the Edinburgh Festival by performing for 24 hours, solo and without a break. He is a regular on many British TV shows and has his own highly successful BBC Radio 4 series, Mark Watson Makes the World Substantially Better. He is the author of the novels Bullet Points and A Light-Hearted Look at Murder, and the non-fiction title Crap at the Environment. Mark Watson lives in London. 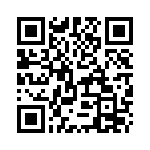