This is a very mature, well thought out and well researched book piece. A good read for anyone planning to do business in the entertainment industry in Jamaica or with Jamaicans. 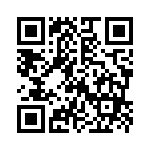