Page 11 - Commitment. next, is denned as the "focused emotion or emotional attachment to a specific focus of identity. It is an anchoring of the emotions in a salient system of meaning — social, group, or personal, whether abstract or concrete
Appears in 5 books from 1952-2004

Livia Kohn, Ph.D., is professor emerita of Religion and East Asian Studies at Boston University. The author or editor of over 40 books, she now lives in Florida, serves as the executive editor of the Journal of Daoist Studies, and runs various workshops and conferences. Her specialty is medieval Daoism and the study of Chinese longevity practices. She has written and edited numerous books and is a long-term practitioner of taiji quan, qigong, yoga, and meditation. 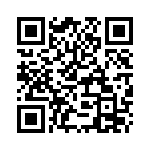