David Enrich is the Finance Editor at the New York Times. He previously was the Financial Enterprise Editor of the Wall Street Journal, heading a team of investigative reporters. Before that, he was the Journal’s European Banking Editor, based in London, and a Journal reporter in New York. He has won numerous journalism awards, including the 2016 Gerald Loeb Award for feature writing. His first book, The Spider Network was short-listed for the Financial Times Best Book of the Year award. Enrich grew up in Lexington, Massachusetts, and graduated from Claremont McKenna College in California. He currently lives in New York with his wife and two sons. 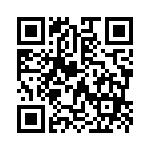