E. Amy Buller studied German at Birkbeck College in London and had a lifelong association with Germany. After graduating she worked for the Student Christian Movement and at Liverpool University where she ran a hall of residence, gaining a reputation as a formidable organizer, networker and intellectual. Her close friends included the Archbishop of Canterbury, William Temple, and the Vice-Chancellor of Oxford University, A.D. Lindsay, who encouraged her ambitions to lead delegations of intellectuals to Germany in the 1930s. Shortly after the publication of Darkness over Germany in 1943 she was invited to Buckingham Palace to meet Queen Elizabeth. King George VI and Queen Elizabeth had been so impressed by the book that they offered to help her establish an educational foundation of her own at Cumberland Lodge, a former royal residence in Windsor Great Park. 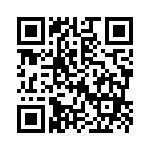