Although I had devoured three other of Lanier's books, I originally wasn't going to get this one, because I'm not terribly interested in virtual reality. But having read a sample of his personal ... Read full review

I was very looking forward to reading this book. I have not gotten too much into virtual reality but it is something that intrigues me. Therefore I was very interested in what Mr. Lanier had to say as ... Read full review

Jaron Lanier is the author of You Are Not a Gadget, and Who Owns the Future? He has appeared in several documentaries on virtual reality, includingSynthetic Pleasures and Rage Against the Machines, and has won several awards for his writing and research on virtual reality, including the Goldsmith Book Prize and the Peace Prize of the German Book Trade. He holds honorary degrees from Franklin and Marshall College and the New Jersey Institute of Technology. 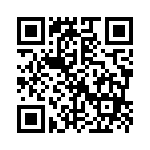