Richard Phillips lectures in Geography at Salford University. His publications include Mapping Men and Empire: A Geography of Adventure (1997). David Shuttleton lectures in English and Film at the University of Wales, Aberystwyth. He has published on eighteenth-century and modern literature, and is the author of Queer Pastoral: Nature, Homosexuality and Modernity. Diane Watt is senior lecturer in English at the University of Wales, Aberystwyth. She has published an edited collection and a book, both about women's writing and history. She has also written a number of articles about gender and sexuality, and contributed to Queerly Phrased: Language, Gender and Sexuality (1997). 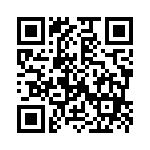