At last finally managed to finish the book and the pain can stop. Pain because it required perseverance, pain because it was so annoyingly written at times, pain because economic theory does not rest ... Read full review

Steve Keen is Associate Professor of Economics & Finance at the University of Western Sydney. Steve predicted the financial crisis as long ago as December 2005, and warned that back in 1995 that a period of apparent stability could merely be 'the calm before the storm'. His leading role as one of the tiny minority of economists to both foresee the crisis and warn of it was recognised by his peers when he received the Revere Award from the Real World Economics Review for being the economist who most cogently warned of the crisis, and whose work is most likely to prevent future crises. 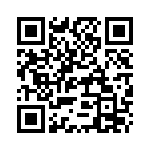