Just as the title makes it sound, this book debunks many of the popular theories on the differences between men and women, girls and boys and their respective brains. The main message is that gender ... Read full review

Men aren't from Mars; women aren't from Venus. Ms. Fine's work is a witty, insightful, and healthily skeptical look at the science of gender studies. As a father of twins who'd like to do whatever ... Read full review

Cordelia Fine, an associate professor at the University of Melbourne, is author of the much-acclaimed Delusions of Gender and A Mind of Its Own. 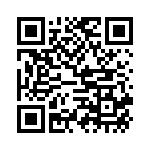