I had a college professor who ruined Joan Didion for me -- seriously, she wanted us all to write like Joan Didion, which is so weird when you should be encouraging students to find their own voice. So ... Read full review

Didion has a wonderful ear for dialogue and this novel, short as it is, manages to touch on some very weighty themes. And, allows us to see ourselves as only others can. Read full review

Joan Didion was born in California and lives in New York City. She is the author of five novels and seven previous books of nonfiction. 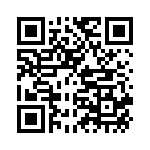