Like every government system, democracy has positive and negative effects towards society. Throughout time, democracy has proven to be a defective way to run a country. In the world we live in, a democratic government is a potential danger to civilization and at any point in time it could lead to a disaster. Within many countries in past and present times, a representative democratic government puts an unneeded strain on the economy for funding where money could be used elsewhere. In the end, a democracy doesn't seek out what is best for all citizens but simply does what the majority wants. For a democratic government to work there are many changes that will need to be made for it to be the best form of government.
First of all, because we don't live in a perfect world and we have realized that man is a fallen creature, a democracy could easily lead to disaster. In a democratic government, the majority has the power to destroy a minority. Throughout history there have been many examples where the majority has had the power and destroyed the minority. For instance, in Germany in 1933, Hitler and his National Socialist Party were voted in by the majority. From here, Hitler then incorporated his power into the Nazi dictatorship with his strong sense of racism and plans for world domination. During this time, Hitler produced a novel," Mein Kampf," dedicated to Thule Society member Dietrich Eckart. The novel was an autobiography and an exposition of his ideology about racial purity which also incorporated future plans Hitler had which any German citizen could have read and used against him. Although at first, German Jews assumed that Hitler would not last long due to the fact, the nazi movement was so much against basic German traditions of cultural and religious tolerance. In the end, if the democracy had not been seeking change, in the year 1939, the Holocaust wouldn't have occurred. Therefore, collaborationist governments and recruits from occupied countries wouldn't have systematically killed between 11 and 14 million people, including about six million Jews, in concentration camps, ghettos and mass executions.
Secondly, in some countries, a democratic government seems to be increasingly about money. Throughout the past ten years, the United States of America are an obvious example where millions are spent on elections with big events and advertising campaigns. This is not what democracy is about and it discourages countries from moving along the path to democracy. In the United States, democracy plays a role of being a hypocrite itself as it undermines the very idea of democracy. Democracy isn't when money is involved to the extent that it is in the U.S.A. Therefore, when mass amounts of money are involved, it becomes elitist and corporatist because only the elite and rich businessmen can afford to fund the campaigns for congress let alone for the presidency. For example in 2009, the campaign for the White House cost $1.6 billion and the whole 2009 election overall including senate and House of Representatives races cost $5.3 billion. With large amounts of unneeded advertising being used, it leaves the question of, "couldn't that money be used somewhere else?" Although the United States of America is one of the wealthiest countries in the world, 13 percent of people living there, live in poverty. Of the other 87 percent of people living in the United States, 14.6 % of the households struggle to put enough food on the table. With such struggle to survive already, it doesn't help that in 2010, the unemployment rate in United States was 9.4 % .( Trading Economics, U.S. Bureau of Labor Statistic) Finally, in a study of international health care spending levels published in the health policy journal Health Affairs in the year 2000 found that the U.S. spends substantially more on health care than any other country in the Organization for Economic Co-operation and Development (OECD), and that the use of health care services in the U.S. is below the OECD median by most 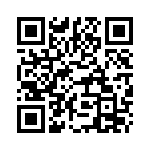