Ivan Illich doesn’t mince words. So far as formal schooling goes, he argues for a society where school is not just out for summer, it’s out completely. In Deschooling Society he writes, “The modern ... Read full review

Deschooling Society is a collection of essays based around the author's idea that society might be better off without the formal schooling system that is prevalent in most industrialised countries. He ... Read full review

Born in Vienna in 1926, Ivan Illich grew up in Europe. He studied theology, philosophy, history, and natural science. During the 1950s he worked as a parish priest among Puerto Ricans in the Hell's Kitchen section of New York City and then served as rector of the Catholic University of Puerto Rico. During the 1960s he founded centers for cross-cultural communication, first in Puerto Rico and then in Cuernavaca, Mexico. Since the late 1970s, he has divided his time among Mexico, the United States, and Germany. He is also a professor of Science, Technology, and Society at Penn State University. Illich's radical anarchist views first became widely known through a set of four books published during the early 1970s---Deschooling Society (1971), Tools for Conviviality (1973), Energy and Equity (1974), and Medical Nemesis (1976). Tools is the most general statement of Illich's principles; the other three expand on examples sketched in Today in order to critique what he calls "radical monopolies" in the technologies of education, energy consumption, and medical treatment. This critique applies equally to both the so-called developed and the developing nations but in different ways. Two subsequent collections of occasional pieces---Toward a History of Needs (1978) and Shadow Work (1981)---stress the distorting influence on society and culture of the economics of scarcity, or the presumption that economies function to remedy scarcities rather than to share goods. Toward a History of Needs also initiates a project in the history or archaeology of ideas that takes its first full-bodied shape in Gender (1982), an attempt to recover social experiences of female-male complementarity that have been obscured by the modern economic regime. H2O and the Waters of Forgetfulness (1985) extends this project into a history of "stuff." ABC:The Alphabetization of the Popular Mind (1988) carries Illich's project forward into the area of literacy, as does his most recent book, In the Vineyard of the Text (1993). In the Mirror of the Past (1992) is a collection of occasional essays and talks from the 1980s, linking his concerns with economics, education, history, and the new ideological meaning of life. Illich himself is a polymath who speaks at least six languages fluently and who writes regularly in three of these (English, Spanish, and German); his books have been translated into more than 15 other languages. 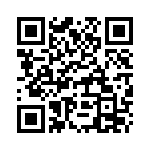