Cheryl Buckley is a reader in design history at the University of Northumbria and chair of the Design History Society in Britain. She is also author of Potters and Paintresses and coauthor of Fashioning the Feminine. 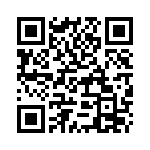