Susanne Bobzien is Professor of Philosophy at the University of Oxford and Senior Research Fellow at All Souls College, Oxford. She was previously Professor of Philosophy at Yale University, and before that a Tutorial Fellow at The Queens' and Balliol Colleges, Oxford. She is a Fellow of the British
Academy and has been the recipient of a British Academy Research Readership and of a Fellowship of the National Endowment for the Humanities, among other grants. She is the author of several books, including Determinism and Freedom in Stoic Philosophy (Oxford, 1999), and has published numerous
articles both in contemporary philosophy and in ancient philosophy. 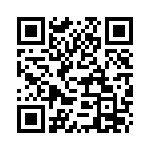