Andrew Moore is best known for his large format photographs of Cuba, Russia, Times Square, Detroit, and most recently, the American High Plains. He graduated from Princeton University in 1979 where he studied with the esteemed photographer Emmet Gowin as well as the photo historian Professor Peter Bunnell. Moore's photographs are held in the collections of the Metropolitan Museum of Art, the Whitney Museum of American Art, the Yale University Art Gallery, Museum of Fine Arts Houston, the George Eastman House and the Library of Congress amongst many others. His publications include Cuba (2012), Detroit Disassembled (2010), Russia; Beyond Utopia (2005), Governors Island (2004) and Inside Havana (2002). He currently teaches a graduate seminar in the MFA Photography Video and Related Media program at the School of Visual Arts in New York City. 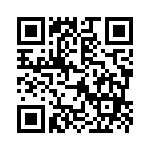