Simone de Beauvoir (1908-86) was a French existentialist philosopher. Her works include The Second Sex (1949). Barbara Klaw (co-transcription, author of notes and annotations, and translator of this volume) is a professor emerita of French at Northern Kentucky University. She is the author of Le Paris de Simone de Beauvoir.Sylvie Le Bon de Beauvoir, adopted daughter and literary executor of Simone de Beauvoir, is the editor of Lettres ŕ Sartre and many other works by Beauvoir. Margaret A. Simons is a professor of philosophy at Southern Illinois University, Edwardsville, and author of Beauvoir and "The Second Sex."Marybeth Timmermann is a contributing translator and editor of "The Useless Mouths" and Other Literary Writings, and other works by Beauvoir. 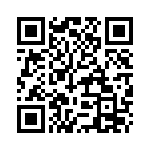