Sam Dubberley is a research consultant with the Human Rights Big Data and Technology project at the University of Essex, and Special Adviser in the Crisis Response team at Amnesty International. Sam worked for more than a decade in broadcast journalism, and was head of News Exchange at the European
Broadcasting Union between 2010 and 2013. He is a fellow of the Tow Center for Digital Journalism at Columbia University, a founding partner of First Draft News, which gives practical and ethical guidance in how to find, verify and publish content sourced from the social web. He is also a part of
the Open Source for Human Rights project team at Swansea University.

Alexa Koenig is the executive director of the Human Rights Center (winner of the 2015 MacArthur Award for Creative and Effective Institutions), and a lecturer at UC, Berkeley. She co-founded the Human Rights Investigations Lab which trains students to use open source methods to advance human rights.
She is a member of the American Association for the Advancement of Science's Committee on Scientific Freedom and Responsibility, co-chair of the World Economic Forum's Global Future Council on Technology and Human Rights, and a member of the Technology Advisory Board of the International Criminal
Court's Office of the Prosecutor. She has a JD from the University of San Francisco and an MA and a PhD from UC Berkeley.

Daragh Murray is Senior Lecturer at the University of Essex School of Law and Human Rights Centre, and the Director of the Digital Verification Unit based at the Human Rights Centre Clinic. His research focuses on issues relating to conflict and counter-terrorism, as regulated by the law of armed
conflict and international human rights law. He has a particular interest in the regulation and engagement of non-State armed groups, and in the use of technology, particularly in an intelligence agency and law enforcement context. He is a former Government of Ireland IRCHSS Research Scholar, and
has a PhD in Law from the University of Essex, an LLM in International Human Rights Law from the Irish Centre for Human Rights, and an MSc in Computer Security and Forensics from Dublin City University. 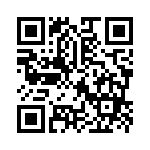