Katie Ellis is a lecturer in Media and Communications at Murdoch University. A film-critic and cultural commentator, she is the author of Disabling Diversity (VDM 2008). She has mentored filmmakers with disability and published a number of articles on cinema and new media addressing both issues of representation and active possibilities for social inclusion.

Mike Kent is a lecturer in Internet Studies at Curtin University. His current research is focused on disability and the internet. His articles have appeared in Fast Capitalism, Nebula, Online Opinion, AQ âe" Australian Quarterly and M/C Journal (Media Culture). Dr Kent has taught media studies, cultural studies and e-commerce at universities in Australia and the UK. 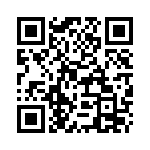