Nigel Shaun Matthews, BDS, FDS, MBBS, FRCS, FRCS (OMFS), is Clinical Associate Professor at the School of Dentistry, University of North Carolina and Attending Surgeon in the Department of Oral and Maxillofacial Surgery, UNC Hospitals, Chapel Hill, NC, USA. Prior to taking up his current appointments in 2014, he was a Consultant (Attending and Residency Program Supervisor) in Oral and Maxillofacial Surgery at King’s College Hospital, London, UK (2006–2014). In 2009, he developed, led, and subsequently published on the first true TMJ multidisciplinary team clinic in the United Kingdom, a model which is now being mimicked by other units worldwide. Dr. Matthews is the author of more than 30 articles in international peer-reviewed journals, as well as a number of book chapters. Furthermore, his work on jaw joint replacement surgery has been extensively cited in UK national and regional newspapers, as well as on the BBC News. Dr. Matthews regularly delivers presentations at national and international conferences, and his lectureship commitments have extended to the delivery of talks all over Europe, North America, Australia and India, as well as to the presentation of international webinars. In January 2016, Dr. Matthews gave a keynote lecture entitled “Management of Moderate to Advanced TMJ Disorders: Current Status of Options” at the Annual Winter Conference of the American Association of Orthodontists/American Association of Oral & Maxillofacial Surgeons. 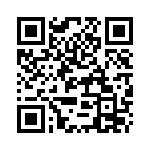