Isn't it interesting that even in this 20th century people who should know better are still living in a quixotic world? Cephas Domey

this is a very good book. i love reading this kid. happy asian holidays,
Bryce Miller.

Miguel De Cervantes (Author)
Miguel de Cervantes was born on September 29, 1547, in Alcala de Henares, Spain. At twenty-three he enlisted in the Spanish militia and in 1571 fought against the Turks in the battle of Lepanto, where a gunshot wound permanently crippled his left hand. He spent four more years at sea and then another five as a slave after being captured by Barbary pirates. Ransomed by his family, he returned to Madrid but his disability hampered him; it was in debtor's prison that he began to write Don Quixote. Cervantes wrote many other works, including poems and plays, but he remains best known as the author of Don Quixote. He died on April 23, 1616. 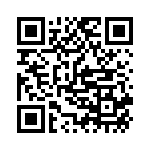