About the Author L.E. Luttrell was born in Sydney, Australia and spent the first 21 years of her life there before moving to the UK (although she travels to Australia most years spending a few months there). After working in publishing (in the UK) for a few years she went on to study and trained as a teacher. From the 90s she spent many years working in secondary education, although she's also had numerous other part time jobs. A frustrated architect/builder, L.E. Luttrell has spent much of her adult life moving house and wielding various tools while renovating properties. Drawing Danger is the first of her books to be published. More will follow in 2018. L.E. Luttrell lives in Liverpool, Merseyside. 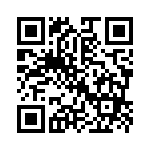