If it is true that weapons constitute the essence of combatants, what is the essence of those who fight using drones? Two years running, I have been swept along and often befuddled by a stream of ... Read full review

Peter Singer’s “Wired for War” (2009) really broke the deck [naval aviation parlance for being the first to land in a recovery cycle onboard an aircraft carrier] on remotely controlled weapons, both ... Read full review

Born in 1976, Grégoire Chamayou is a philosopher at the Centre National de la Recherche Scientifique in Paris and the author of Les corps vils and Manhunts: A Philosophical History. Chamayou also lectures at Université de Paris Ouest, and has written for Le Monde Diplomatique among other publications.

Janet Lloyd has translated over seventy books from French to English and has twice been awarded the Scott Moncrieff prize. 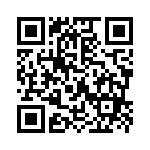