63 other sections not shown

STEVEN R. BELENKO is Senior Research Associate at the National Center on Addiction and Substance Abuse, Columbia University. He is the author of Crack and the Evolution of Drug Policy (Greenwood, 1993). 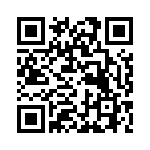