Barrington Braithwaite is a writer and illustrator. 'Drums of Freedom' is his second graphic novel and was an 18-year labor of love. He published his first graphic novel 'An Illustrated History of the Pork-Knockers' in 2009. He lives in Georgetown, Guyana, South America with his family, and is working on his 3rd graphic novel.. 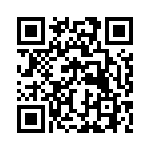