German writer, composer, and painter ErnstTheodor Amadeus Hoffman was born in Konigsberg, Prussia in 1776. After beginning a career in the law, Hoffman turned to music, working as a conductor, music director, and critic, and later composing a ballet, an opera, and other works. He established himself as a writer with the four-volume story collection Phatasiestucke in Callier Manier (Fantasy Stories in the Manner of Callot), which was published in 1814-1815. Even though he published several novels and story collections, including Nachtstucke (Hoffman's Strange Stories, 1817) and Die Serapionsbruder (The Serapion Brethren, 1819-1821), Hoffman continued to support himself as a legal official in Berlin. This struggle between artistry and bureaucracy is played out in many of his works. Hoffman died of progressive paralysis in 1822. 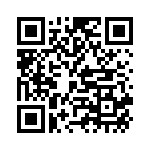