Jesse Norman is the Member of Parliament for Hereford and South Herefordshire, and a Senior Fellow of Policy Exchange. He is a frequent op-ed contributor in the national press, has written numerous pamphlets and papers, including 'Compassionate Conservatism', and blogs on www.jessenorman.com. In 2012 he was awarded Parliamentarian of the Year and Backbencher of the Year. This is his first biography. 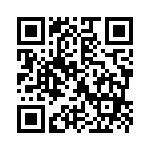