Myles Downey is widely regarded as one of the foremost business coaches in Europe whose aim is to help others create work so that it is productive, fulfilling and a joy. He has worked with some of the most successful organizations in the Western hemisphere, across Europe, North and South America and in the former Soviet Union, and in a variety of businesses including professional service firms, banking, manufacturing, oil and gas, brewing and distilling, retailing and information technology. Myles is Director of Studies at The School of Coaching, which he established in the UK in association with the Work Foundation (formerly The Industrial Society), with the aim of "developing great coaches who can transform the performance of individuals and teams in organizations". He studied architecture and practiced in Dublin where he read a book by Tim Gallwey (The Inner Game of Tennis) which led him to coach, initially in sport and later in business. He was also the founding member of a small, successful consultancy firm in London which the Economist Intelligence Unit acknowledged in 1993 and in 1995 as the leading provider of Executive Coaching in the UK. He is also a member of the Institute of Directors in London. His recent engagements include: coaching key individuals and the leadership team in a Ł300m construction project, coaching the Country Managing Partner and senior partners in the East European Region of a top 5 Accountancy Practice and developing the coaching ability of senior managers in the Senior Civil Service in the UK. Myles Downey lives in London. 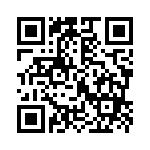