This book was a goodreads.com first read contest win. This book is based on the crimes that have been happening in Mexico. According to the author these are fact and true. To me there is so much ... Read full review

El Narco is truly one of the best books of nonfiction that there is on the Mexican drug situation. I would definitely recommend this to anyone who's even remotely interested in the topic. I noticed ... Read full review

A native of England, Ioan Grillo has covered Mexico since 2001 for top newspapers, magazines and TV stations in the US and UK. He reports for Time Magazine as well as producing presentations for stations including PBS, ABC and Channel 4 of the UK. He regularly appears on radio and TV, commenting on Mexican crime and other issues. He has witnessed police and military operations, mafia killings and major seizures; he's also discussed the drug war with two Mexican presidents, three attorney generals and the U.S. ambassador, among others. 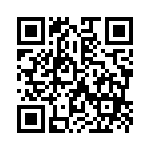