Barbara H. Rosenwein is Professor of History at Loyola University Chicago. She is the author of Negotiating Space: Power, Restraint, and Privileges of Immunity in Early Medieval Europe and To Be the Neighbor of Saint Peter: The Social Meaning of Cluny's Property, 909-1049, editor of Anger's Past: The Social Uses of an Emotion in the Middle Ages and coeditor of Monks and Nuns, Saints and Outcasts: Religion in Medieval Society, all from Cornell. She is also the editor of the Cornell series Conjunctions of Religion and Power in the Medieval Past. 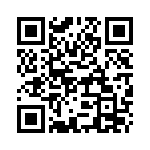