Drawing from the letters and other artifacts left behind by Richard Maurice Tinkler, an expat Englishman who served as a municipal policeman in the International Settlement of Shanghai, Bickers puts ... Read full review

At one level, this is a biography of Robert Maurice Tinkler, working class Lancashire lad, decorated and gallant WW1 soldier, and detective in the Shanghai Municipal Police (SMP), eventually killed in ... Read full review

Robert Bickers is senior lecturer in East Asia and colonial history at the University or Bristol. 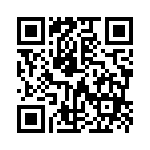