Marie Jahoda, 1906 - 2001 Marie Jahoda was born in Vienna in 1906 and was brought up on the teachings of Freud and Young. She graduated from the University of Vienna with a doctorate in sociology and gained immediate recognition with a sociological study in Marienthal with Hans Zeisel and her first husband, Paul Lazarsfeld. The project consisted of measuring the psychological impact of unemployment in a hard working person. Jahoda was a Social Democrat who opposed the Austrian government and Hitler. When he annexed Austria, she was imprisoned but managed to escape to England. There she concentrated on issues such as unemployment and coal mine workers. She then traveled to the United States after World War II and did research for the American Jewish Committee and for Columbia University before going to work at N.Y.U, where she was a professor of social psychology and it's founding director of the Research Center for Human Relations. She worked at N.Y.U. from 1949 to 1958. She returned to Britain to work as a researcher and teacher at the University of Sussex until 1965 as well as attaining the level of emeritus professor during her tenure. Marie "Mitzie" Jahoda died on April 28 at her home in Keymar, England at the age of 94. 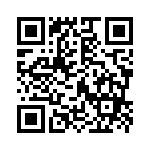