Dorothy Harley Eber is an author based in Montreal who has written numerous books about the Inuit. 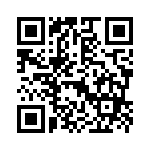